About the Oberammergau
Passion Play

A tradition in the Bavarian Alps for nearly four centuries, the famed Passion Play of Oberammergau, Germany, attracts spectators from around the world. A massive undertaking, it is produced only every 10 years. The next Passion Play run is scheduled for 2022, and several travel companies have released Oberammergau itineraries that include tickets to one of the performances.

The story behind Oberammergau’s Passion Play begins in 1633. Amid the turmoil of the Thirty Years War and the devastating Black Death plague -- which claimed one or more members of nearly every family in Oberammergau -- the townspeople made an oath to perform a play depicting the suffering, death and resurrection of Jesus Christ every 10 years. They fulfilled this promise for the first time in 1634.

The Passion Play depicts the last five days in the life of Jesus Christ, from Palm Sunday to Easter. In 2022, the Passion Play will be performed for the 42nd time, and showings are offered five days a week. Local actors, singers, musicians and stage technicians work together to produce the play. Anyone involved in the performance must have either been born in Oberammergau or lived there for at least 20 years.

The first performance will take place on May 14 and the last on October 2. The Passion Play is presented in two parts: Part one begins in the afternoon and lasts two and a half hours. A meal is served during a three-hour intermission, followed by part two, which also runs for two and a half hours.

Oberammergau is also treasured for the painted facades of its chalets -- in the 18th century, wealthy residents commissioned these colorful outdoor frescoes for their homes. The town also has a long tradition of woodcarving, and today the village is home to approximately 100 woodcarvers. Visitors can watch these artisans at work at the Pilatus House.

View images of Oberammergau and its impressive Passion Play below. 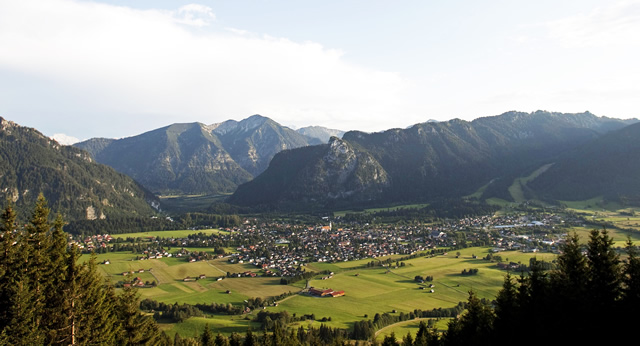 Previous Next
Call us at 800-680-2858 or inquire about a vacation here.
Open Mon-Fri 8am to 6pm, U.S. Central Time
Our office will reopen in 40 hours and 17 minutes.
Other Vacations
All Guided Tours
River Cruises
Africa Safaris
Hotels & Resorts
Oceangoing Cruises
Site Info
About Us
Contact Us
International Visitors
Site Map
Terms & Conditions